You can fluff it up any way you choose.

Can’t even remember what I was thinking. But I think it had something to do with rotation of the Earth/Terra, length of travel, type of travel…shit like that. I think there were some considerations given the cycles, life cycles, sleep cycles, motorcycles, bicycles, tricycles, ovulation cycles, and light-cycles.

I’ve never done this before, so let’s do it now. I’m gonna write on this post every few days, or weeks, or whatever…and see where it goes. Should create a cycle within my brain to check on this piece of shit every once in a while.

I arrived home from Austin the other day.

I left for Austin the other day.

I am here today.

Not necessarily in that order.

Tis only been a couple of days, but RooBeeDoo of Library of Libraries fame is having a birthday in a couple of weeks(hours) and I need to do something special to surprise her.

Anyone have any ideas?

Hmmm. I must not have a readership or something.

So now, I’ve got not one problem, but two.

Let’s work on the thing that I can work on….Roob’s birthday gift…surprise…thingie … or whatever.

Now that…I can do. 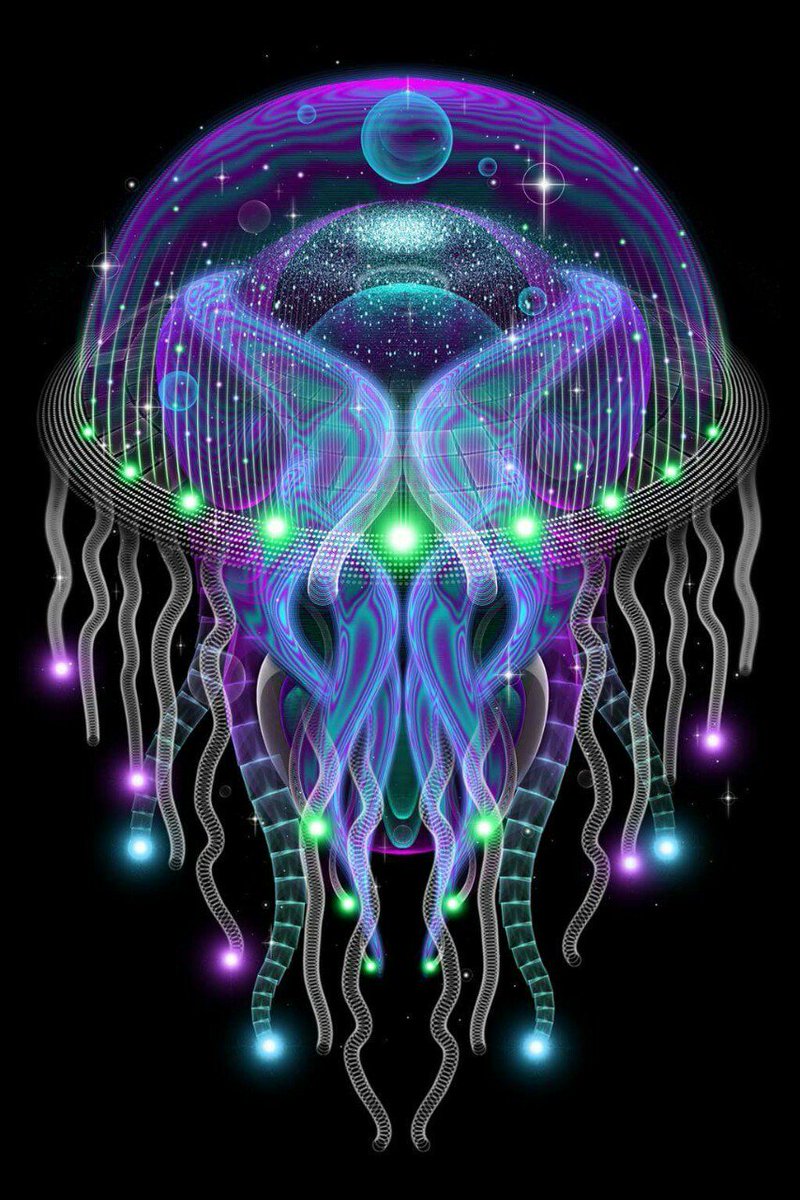 It’s Memorial Day here in the United States of America. It’s quiet. It was quiet yesterday too, but very quiet today. Almost as if the giant sleeps.

I should like to go out and visit some relatives today, but I’ve no way to do so, therefor I will not. Perhaps I should give my mother a call and see how she is doing. Nah…think I’ll just chill.

We in The West have got some crazy ideas about German nationalism, and this and these ideas tend to spring from the years of 1933-1945, and 1914-1918. Almost as if to say, Germany may as well have not existed until 1914, and then disappeared completely until 1933, then again disappeared in 1945. So where did it go? Not only that, but where did it come from?

It was a strange time. If you roll the clocks back to 1985-1988, pretty much the whole world was in schism. (according the the news anyway)

It always bothered me that a country was held in contempt for something someone else did. I mean, I was born in 1967. Can I pick up the mantle of WWII era America/Americans and say “HOORAY!!! I DEFEATED GERMANY!!!” No. So, why is it that some still must ride the wave of “I’m a Nazi, even tho I’m not, but yeah…I’m a Nazi because of my place of birth”.

A: No. Once a fuckup, always a fuckup.

Prolly an amendment to be made there…

If you are a kid, or an adult in a new/unknown environment of any kind…

Q: How do you even know what a fuckup is?

Listen to the experts. They’ve got “it”, and you, all figured out.

Now all YOU have to do, is figure out what that means.

A thought occurred to me the other day.

Q: What is the number one question that people are said to want to ask God?

Welp, several years ago, it occurred to me that if you were to meet God face to face, the first question you are most likely to ask is going to be…

Some floaty fuck shows up, every fiber of your being makes it quite obvious as to who they are, and yet, the first thing to creep into your mind is likely to be doubt. Doubt in yourself. Doubt in the experience. Doubt in your abilities to comprehend what is transpiring and why. Doubt in your ability to relate to what has happened to you, and you’ll likely start to ponder exactly who you would relate this experience to. Family, friends, co-workers, neighbors, etc.. I mean, you can’t just call up your parents and say “MOM!!! DAD!!! I MET GOD!!!” Can’t phone up the paper and issue a press release because you’ll wind up in the nuthouse. So yeah…doubt, doubts, and a fucking flood of it and them.

So the other day, it occurred to me, that if “God showed up”? My first question should prolly be…

Q: What are you doing here?

Yeah…like…”WOAH WOAH WOAH…WAIT A FUCKING MINUTE HERE!!! Nevermind what I’m doing here…what in the FUCK are you doing here?!?!?!????”

I mean, it’s not every day that “God” shows up and appears to want to have a chat and/or hang out a bit…right? So yeah…this is God we are talking about. The motherfucker prolly has an agenda, we need to know what that agenda is, and we need to know it pretty fucking quick. “Why am I here” or “why are we here” just ain’t going to get the job done. He/she/it might have a “to do” list of shit for me to do that is a mile long, and I’ve already got my own agenda. These agendas are likely to conflict in some small and subtle ways, so I need to know what this asshat is up to. Gotta be stealthy and sly about it…so…let’s blurt…

Prolly just wanted to see me fumble around. I would imagine it’s quite amusing to watch.

RooBeeDoo of Library of Libraries fame has just textually punched me in the head. Typically, if she does this, and I am writing at the time she does it, there is a connection of some sort. Don’t ask me to elaborate on “exactly what that means” because I don’t know. You could say it’s some “psychic connection” or whatever, and it may well be that, but that infers that we also have a “psychic non-connection” at times, and that’s a concept that NO ONE wants to discuss…right? I mean, no one is “psychic sometimes”…right? You are either psychic, or you aren’t. There are no “on/off” switches to just turn these abilities on or off. Much like Superman flying or punching stuff 24/7…he never lands. I digress.

To be fair, Superman is always Superman. Cept when he’s Clark Kent. Or Kal-El.

And I don’t care what Quentin Tarantino thinks…Spiderman is always Spiderman. Cept when he’s Peter Parker.

So yeah, I would imagine that if there is a God, God is prolly always God. Cept when not.

So yeah, back on the “psychic” bullshit? You could prolly be talking to the spirit of your long dead granny, and she could tell you that she was actually the spirit of your neighbor’s dog, and you wouldn’t know the difference. That’s why I think keeping where you are in mind is likely a good idea. Yeah…Earth/Terra…that’s where you are, right? Third planet from Sol? Has a spherical orb called Luna circulating around it? Close neighbors named Venus and Mars? Flies around in The Milky Way Galaxy? Ever heard of it?

What about you…do you know you? I really don’t give a flying fuck if you are the living incarnation of some long gone god, or some reincarnated famous someone, or whatever it is that you make yourself out to be. In the here and now, you are you, and “else” has precisely fuckall to do with here. (cept when and where it does)

It’s just been my experience that to blindly follow someone is doing you both a disservice. There’s no relationship there.

Was Samson just some dude that beat the fuck out of an army with a jackass skull, then got a haircut from his gf? Is that all that God wanted him around for? Or is there likely some other shit that went on in his life, and the lives of those around him. Prolly took some time to get Samson where he needed to be.

Also prolly took some time to get Jonah where he needed to be.

So yeah…are you where you need to be?

Headed to where you needed to be heading?

Are you who you need to be?

That’s just a guess tho.

Travel can indeed be traumatic. It’s likely that Samson had doubts about how he’d get to where he was going, and Jonah likely had similar concerns. They both appear to have been beaten up a tad along the way. But that’s the fun part…right? All the crazy shit to experience as it is happening, eventually look back and reflect on how great it was, then go out and find something else nutty to do. Or not. Whatevz.

I was watching a bit on Uzbekistan last night and getting all creamy in my pants about  someday going there, but getting there is likely going to be a bitch. Gonna cost a lot of money, gonna take a long time to earn it, and I’m no spring chicken.

Or you can come along.

What I had an idea to do today, is to try out the “tags” on WordPress. I’m also kinda trying to clear my plate in order to do some writing, so I figured I’d go ahead and finish this post up, post it, then write a new post and add some tags to it. That should free my head up a bit to focus on more important things. I dunno, I guess we’ll see. /me shrugs

I’ve never utilized tags before, but I am trying to learn a bit about WordPress and how it works…so…tags are prolly the next logical step.

So barring any further interruptions, what say we jump ship on this here post, and go figure out something else.